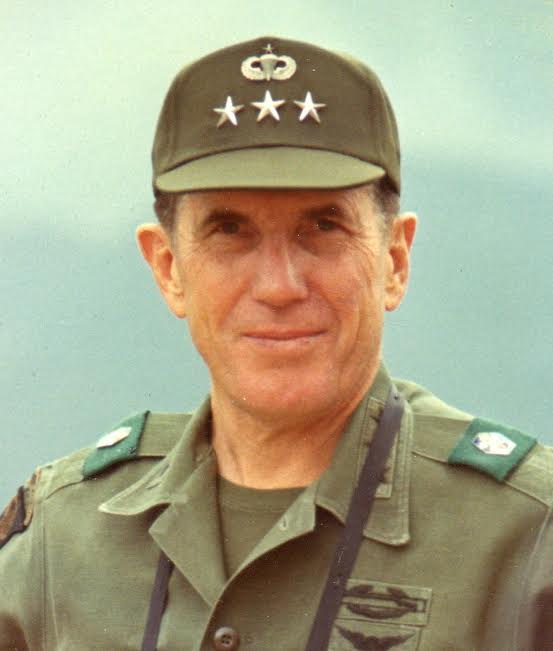 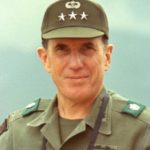 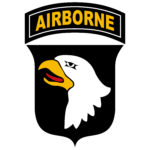 General John H. (Jack) Cushman retired Commander of the US 101st Airborne Division, I Corps (ROK/US) Group, passed peacefully at the age 96 on 8 Nov 2017 (“Rendezvous with Destiny”)
The World Parachutist Organization mourns the passing of Lieutenant General John H. Cushman, U.S. Army, Retired passed after a short illness surrounded by his family.
(Quoted from http://www.west-point.org/publications/cushman/cushmanbio.html)
“In 1963 General Cushman became Senior Advisor to the 21st Division of the Vietnamese Army in the Vietnam Delta. In 1964-65 he attended the National War College, reporting thereafter to the 101st Airborne Division, Fort Campbell, Kentucky, where he was Director of Supply, Chief of Staff, and Commander 2d Brigade. In 1967, General Cushman led his brigade to Vietnam where it fought in the Tet 1968 battles around Hue. The 2d Brigade there earned the Vietnamese Cross of Gallantry with Palm.
From 1976 to 1978, General Cushman commanded I Corps (ROK/US) Group, the 250,000-strong Korean-American field army formation defending the Western Sector of Koreas DMZ and the approaches to Seoul. He retired in 1978 and has since been a writer and consultant. He is the author of many books, papers, and articles on strategy, multiservice and multinational operations, warfare simulation, and military command and control. In 1993 he wrote and self-published a pamphlet, Thoughts for Joint Commanders. In 1994 he was named Author of the Year by the U.S. Naval Institute Proceedings.”